A year ago, the International Labour Organisation (ILO) drew up a new protocol that held governments responsible for ending human rights abuse in their labour markets. Humphrey Hawksley, who has reported extensively on trade issues, says it will be a slow process, but the manner in which global trade has historically treated people may soon reach an unsustainable tipping point. 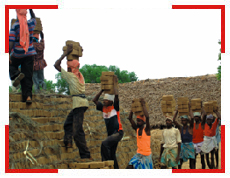 In the mid-19th century, colonial British merchants transported Indian labourers in their thousands to Assam and West Bengal to work on newly planted tea estates there. The tea companies said they would take responsibility for their welfare in a cradle-to-grave arrangement that included food, health care and schooling. In 1951, after independence, this was enshrined in the Indian Plantations Labour Act.

Over the decades ownership shifted from British to Indian companies, many of which sold their tea all over the world with brand names on the shelves of fashionable stores in London, Paris and New York. Most plantations in the north-east flourished and there was little or no scrutiny of how families living on the estates were being treated. The Indian tea industry is now worth US$3 billion a year, just over ten per cent of the US$20 billion globally.

But in 2007, the United Nations children’s agency UNICEF heard reports about bad conditions and persuaded a few of the better-run plantations in Assam to let them take a look. What they found stunned them — widespread ill health with 90 per cent of young girls suffering from anaemia and other illnesses.

‘There is a range of exploitation abuse and violence that happens within the family and community,’ explains Vedprakash Gautam, UNICEF Child Protection Specialist. ‘There is also child labour, trafficked children, child marriage and a large number of children out of schools. So they end up in a completely exploitative situation.’

Sections of India’s tea industry are now being investigated by the World Bank, the Indian National Human Rights Commission and other institutions, and what has been discovered there goes to the heart of a new argument about human rights and global trade.

The UN estimates that 21 million people worldwide are victims of forced or abusive labour, more than half of whom are in Asia.

In short, throughout the developing world, both governments and corporations have been found failing in their duty of care and a question is now being posed, particularly in areas where government is weak and corrupt: in this era of globalisation, should business take the lead over governments in solving the problem?

Those against argue that trade under the control of powerful corporations will re-create 19th century colonialism which too many will find offensive. Those in favour say corporations regulated by the rule-of-law of Western democracies are better placed to lead in lifting people out of forced labour and poverty.

The debate spans from the brick kilns of Asia to the conflict mineral mines of Africa and beyond, and the issue is not new. In his 18th century novella Candide, the French writer Voltaire described his naïve and optimistic hero coming across a destitute sugar worker in South America with injuries and illness. The worker tells an appalled Candide: ‘This is the price we pay for the sugar you eat in Europe.’

Over the past few years, however, pressure has been building on both governments and corporations to make substantive changes to the way they tackle this issue.

In 2011, the United Nations published its ‘guiding principles on human rights and business’, which requires companies to be aware of abuse in their supply chains and take steps to end it.

In 2014, the International Labour Organisation reformed its 85-year-old Convention on Forced Labour saying that member states now had to draw up a national policy to ‘prevent and eliminate’ its use.

Western democracies are also bringing in legislation that is concentrating the minds of multi-nationals. Section 1502 of America’s Dodd-Frank Act requires companies to tell the government if they believe they may be sourcing ‘conflict minerals’ from the Democratic Republic of Congo. These are used in most cell phones, tablets and laptops.

Under California’s 2012 Transparency in Supply Chain Act, companies registered there have to report on what actions they are taking to eradicate slavery and trafficking.

After much resistance, supply chain transparency has been included in Britain’s 2015 Modern Slavery Bill and in 2013 Britain amended its Companies Act to require businesses to report on any human rights abuses they find in their supply chains.

And last year, India became the first country to pass a corporate social responsibility law mandating companies to spend a minimum of two per cent on social development.

Although punitive legislation remains weak, few leading companies now want to risk their reputations on being named and shamed.

‘Since the UN guiding principles were published in 20l1, the take up has been much faster than on issues such as disarmament or the environment,’ says Colleen Theron, a human rights lawyer with CLT Envirolaw. ‘Some big companies are taking leadership roles, but there is still a huge group lying in the middle and doing nothing, hoping that sustainability and human rights are areas they will not have spend money on.’

Much of the new legislation is being challenged in the courts by business groups, particularly in the United States. Some companies, like Nestle, have conceded that the way they had previously been doing things cannot go on such as accepting that trafficked children farm its cocoa in West Africa. But, as the world’s biggest food company, it remains reticent on how far it is prepared to go.

India’s brick kiln industry, for example, is rampant with bonded and trafficked labour. These bricks feed into the construction industry that is building the shopping malls and skylines of modern India. Yet despite its massive business there, a Nestle spokesman refused to discuss how it was helping end illegal practices in the brick kilns. The Indian congolomerate, Tata, also declined to comment.

‘The problem is this is a black market industry,’ said one Indian industrialist who preferred not to be named. ‘It is for the government to act. We can do nothing.’

There is also the challenge of implementing legislation. Nearly forty years ago, India brought in a law banning bonded labour. Yet with millions still living as forced labourers, the law clearly is not working. And even if there is an arrest, it can take five years to bring a case to court and a labour contractor dealing with bonded workers could walk away with as little as a US$30 fine, according to activist group International Justice Mission.

One tea plantation in West Bengal spotlights the shifting of leadership responsibility between government and business.

The Bundapani Tea Estate closed in 2013 because it was being badly run and losing money. Some five thousand people, descendants of the forced labourers of the 19th century, were suddenly without income, schooling or healthcare. While the government’s Tea Board of India claimed that the welfare of workers and their families was one of its major objectives, labour campaigners helping out at Bundapani had a very different view. They said that the tea industry, despite earning US$20 billion a year globally, had no system to help people like those on Bundapani. It had shifted that responsibility to the state government of West Bengal whose welfare is at best patchy. The result has been widespread malnutrition and hunger-related deaths currently being investigated by the Indian National Human Rights Commission
‘On the grounds of humanity, there are lots of associations of tea planters who could come forward to help distressed people,’ said Parta Pratim Sarkar from the campaign group G-NSEP. ‘We have asked them, but had no response.’

The truth emerging from North East India and all around the world is that both governments and businesses have a historically appalling record when it comes to allowing human rights abuse in trade. Now, no longer can they turn a blind eye claiming they were unaware that the mistreatment of people was taking place.

But the guidelines and legislation of recent years mark only a starting point for reform.

‘Our work is far from done,’ says Ruth Dearnley of Stop the Traffik, which has dealt extensively with the textile and cocoa industries. ‘We will continue to hold people to account and our voice will get louder and louder.’

Humphrey Hawksley is an Asia specialist and former BBC Beijing correspondent. He is the author of Democracy Kills: What’s So Good About Having The Vote?, an examination of conflict, poverty and systems of government.

Ask us anything. From simple queries to complex questions, we're always ready to chat with you. Give us a call. +44 (0) 1273 491423
Home • Insights • Business & Human Rights • Supply chain human rights…
This site uses cookies: Find out more.