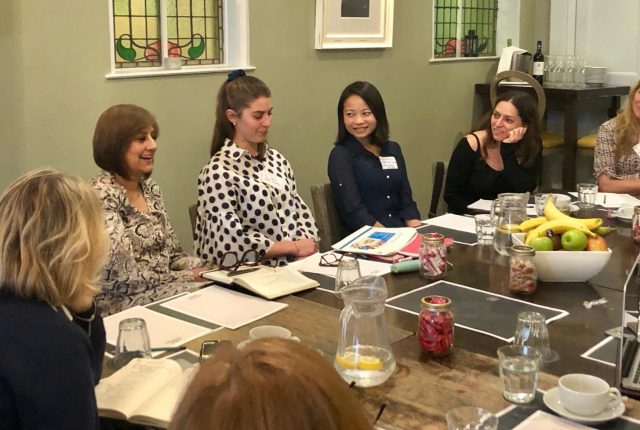 Modern slavery is a hidden and growing crime. Every business/organisation has a responsibility to ensure that it does not facilitate modern slavery in its supply chains.  According to research, there are still people that don’t know what modern slavery is. We have been working alongside other organisations and business to try and change this and raise awareness of the problem in Sussex.

Our awareness raising and networking event in Brighton brings together business, civil society, academics and the public sector to discuss challenges around this problem.

Following the success of our previous events, we are hosting our next event at Hotel du Vin, Brighton. Come and join us for an evening of awareness raising and discussion. Coffee, teas, wine and cheese are included in the entrance fee.

We always have a mix of speakers drawn from industry, NGOs and the public sector.

Julia Black, Sustainable and Ethical Sourcing Co-ordinator at Lovering Foods, has experience of corporate social responsibility within both the food and garment industry. Lovering Foods, a leading ambient goods supplier has a well-established CSR department whowork to ensure the environmental and ethical credentials of the goods they procure. As a business, Lovering Foods proactively addresses responsible sourcing issues, from investing in fishery improvement programmes to conducting third party ethical audits. Julia works with suppliers internationally to raise working standards at their factory sites, offering bespoke support on issues such as health and safety, fair renumeration, and grievance mechanisms.

Julia holds a MSc by Research from Heriot-Watt University, which examined the efficacy of private sector garment manufacturing on international development in sub-Saharan Africa. Julia also holds a BA (Hons) from the University of Edinburgh.

Lucy has spent over ten years working in Brighton & Hove City Council’s Community Safety Team where – amongst other areas of work – she has been the lead officer working on Modern Slavery.  She is a specialist in the responses of local authorities to international migration. Before that, she worked at a large charity –  the Refugee Council  – for ten years.

Sophie has served in Sussex Police for over 20 years, she currently works on DISCOVERY, a victim focussed multi-agency project consisting of both government and non-government agencies dedicated to identifying victims of slavery and trafficking and pursuing those responsible in East Sussex. The project takes a pro-active approach to exposing this hidden crime and assisting victims into the National Referral Mechanism. Their work spreads awareness amongst agencies and charity sectors and pursues those responsible through the justice system. DISCOVERY recognises the need for partners to work together to effectively combat this type of criminal activity, to identify the organised criminal groups who exploit vulnerable victims and destroy lives.

CEO of The Sophie Hayes Foundation.