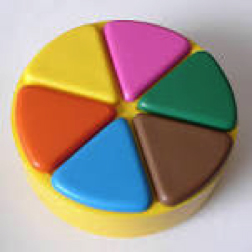 The game of TRIVIAL PURSUIT declares the winner the person able to get six wedges from each category of questions. Colour coded wedges that represent geography, entertainment, history, arts and literature, science and nature and sports and leisure…

With a role of a dice the game begins. Last week we looked at how companies participating in a game of MONOPOLY can get their ‘get out of jail free card’ notwithstanding choosing to do nothing under the Modern Slavery Act (MSA).

BOARD games.. In the game of MONOPOLY power depends, not always on owning the most expensive properties but being able to monopolise positions on the BOARD where profit is gained from fortune.

In TRIVIAL PURSUIT those that win combine their knowledge with a bit of luck. How can these analogies be in any way relevant to complying with the Modern Slavery Act?

MONOPOLY of power might not mean much when it comes to ‘getting out of jail for free’ as we explored last week. Although compliance with the MSA might well mean taking a stance not to do anything, there are other factors that are likely to eventually trip up the company playing CHANCE , forfeiting their right and to pass Go (and collect £200). It can be argued that those companies involved in the Rana Plaza disaster may well have been passing Go with a get of jail free card (collecting their £200 on each round), but only until the media started distributing pictures of the victims that died in the disaster. And exposing those companies that were involved with sourcing garments from the factory. Now Joe Fresh (a subsidiary of Loblaw) faces a $2 billion class action from some victims of the disaster. No CHANCES left to take on this game of MONOPOLY. But perhaps a more sensible game for a BOARD to play in the arena of modern slavery would be TRIVIAL PURSUIT? After all, for many companies the pursuit of ridding their supply chains may well be trivial: to the extent that they do not recognize the areas of risk; or its ‘too difficult’ or just a ‘tick box’, or there are not enough players on BOARD to engage to be able to pick up the prize. And of course there are the challenges of geography, history, culture…

Six wedges to be gained to win a game of TRIVIAL PURSUIT, and a bit of luck depending on the role of the dice.

What are some of the answers to this game of TRIVIAL PURSUIT in the quest of tackling modern slavery in supply chains? Here are six answers to collect the six wedges that are key to help the BOARD player move towards that final question to pick up the prize: is your organisation able to demonstrate compliance ?

Firstly, in the category of history there is the requirement to understand the companies duty to respect human rights as set out by the UN Guiding Principles on Business and Human rights and that is implicit in the MSA provisions

Secondly, companies and organisations need to understand what they do and where they operate (the geography wedge) to be able to develop a policy that will not only demonstrate their ccommitment to human rights but how they will tackle issues in different geographies.

Thirdly, a company must be able to show that it can implement the principles in the policy (science and nature category) . This could be demonstrating legal compliance and ensuring that there is a board member with responsibility for human rights and modern slavery issues as an example.

In the fifth instance there needs to be effective training of staff (entertainment perhaps) providing a proper understanding of the issues.

The sixth point is about integration (sports and leisure). Tackling human rights and modern slavery in supply chains is about ensuring that all the functions of an organisation work together to ensure that they are able to identify and respond to these issues.

Whilst this may all seem a little TRIVIAL, the PURSUIT of these things are by no means a matter of simply rolling a dice. It takes understanding of the issues, a commitment to move forward, leadership, resilience and a determination to get to the prize. Step forward those willing to play!