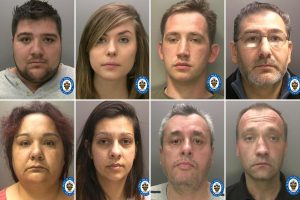 Modern slavery is a serious crime that takes many forms including forced labour, trafficking, unpaid work, and servitude. Victims are often hidden in plain sight and for many reasons may be unable to leave their situation or may be scared to come forward. It is often thought that issues of modern slavery, trafficking, and human rights violations in business are only of concern in developing countries. However, this is not the case. There are growing concerns about its increasing presence in the UK. The U.K’s Modern Slavery Act 2015 was designed to combat modern slavery. It consolidates previous offenses relating to trafficking and slavery and places an obligation on large companies (with an annual turnover of over £36 million) to produce a modern slavery statement annually in a bid to ensure their supply chains are modern slavery-free.

However, this Act has been criticized for not doing enough to address modern slavery for many reasons such as the lack of support received by victims, the fact that companies are not actually obligated to carry out due diligence checks but can instead simply state that they have done nothing to mitigate or element modern slavery from their supply chains and also does not do enough to ensure compensation for victims.

A case that exemplifies the issue of modern slavery in the U.K. is Operation Fort. Here the police believe that up to 400 Polish nationals were exploited by a Polish gang, making it the largest modern slavery network ever to be uncovered in the U.K. It included modern slavery, human trafficking, fraud deception, theft, and physical abuse.

The perpetrators, a Polish family network that included parents, siblings, and cousins, tricked people from Poland into England by using a network of recruiters in northeast Poland. They targeted vulnerable people by approaching people outside off-licenses, homeless shelters, or recent prison releases, and lured them with the false promise of earning £250 to £400 a week, with accommodation and food provided. Upon arrival in the UK, the perpetrators placed them in one of their 32 rental properties, all of which were licensed as a property of multiple occupations. These houses had no heating, hot water, furniture, or cooking facilities and the victims were fed out of date food. They prevented victims from going to the police by wearing them down with threats, coercion, violence, overworking and isolation. For example, by threatening women with sex work, by threatening to harm the family they left behind in Poland, and by being forced to work consecutive shifts. They would also isolate new arrivals and lie to them about their immigration status- hiding the fact that as EU citizens they had the right to remain. As a means of control, they would also file fake addresses so that victims were prevented from receiving important documents like bank cards and kept victims in the dark about the importance of things like their national insurance numbers.

The crimes in Operation Fort were discovered when victims went looking for food at a soup kitchen run by a local church. They met a Polish charity outreach worker who referred them to anti-slavery NGO Hope for Justice. 8 people are currently serving sentences. A total of 92 victims were identified but police believe at least 400 were used by the gang and either could not be traced, had left the country or were too scared to give evidence.

What has been done?

The Judge presiding over the case imposed Slavery and Trafficking Prevention Orders (STPOs) on the convicted parties, which will last up to nine years after they are released from prison. STPOs are new civil orders introduced by the MSA. They restrict the activities of individuals that pose a continued risk of committing modern slavery and human trafficking offenses.In February 2020, property landlord Kashmir Singh Binning received a Slavery and Trafficking Risk Order (STRO), the first of its kind to be secured under the UK’s modern slavery legislation. The STRO, which runs until 2025, binds Binning to conditions such as not accepting cash payments from tenants, agreeing to property inspections by the local authority every quarter, and providing the council with details of all occupants.

What does this case show?
Cases such as Operation Fort show that more needs to be done to identify and tackle modern slavery. The agriculture sector relies heavily on migrant workers and other areas of concern are the fashion industry, fishing industry, warehouses, and the rise of precarious work. In this case, the banks could have played a more proactive role in identifying the signs of slavey, the letting agents could have been more vigilant about who they let out their properties too and more importantly, the employers and businesses which hired the victims of this case should have had the training to help identify modern slavery and exploitation, as well as provide clear protocols for reporting such concerns.

What are some of the steps businesses can take to mitigate modern slavery?

The criminal network behind operation Fort existed before the passing of the MSA and continued for years after. This shows that no supply chain is safe and that organisations cannot afford to be compliant about modern slavery, supply chain transparency, and due diligence checks. There is no single form of modern slavery, it has many faces and is continuously evolving, therefore, it is imperative that all businesses understand the severity of this and tackle this issue head-on. Now is the time to start acting to ensure that your supply chains are ethical. All businesses also need to start thinking about how their production and marketing style, (especially in the fashion industry where there is a constant demand for lower pricing from suppliers and quicker turn arounds) can aggravate incidents of modern slavery. This is not a distant problem, it is happening right under our noses and everyone must do their part to put an end to it. Apart from the morality of it, there is growing legislation and regulations in this area, and as a business, it is important to stay ahead and be compliant with all legal requirements.

To learn more about how your business can identify and eliminate modern slavery in their operations, register for one of Ardea International’s courses today.