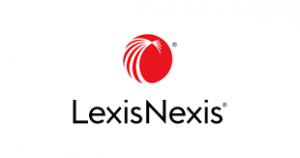 The second week of COP26 began with ‘Adaptation, Loss and Damage Day’, during which the UK government announced a £290m funding package to help vulnerable countries adapt to changes and address challenges caused as a result of rising global temperatures. In addition, the 2021 Under2 Coalition Memorandum of Understanding was signed by devolved administrations, regions and cities from across the world and the Foreign, Commonwealth & Development Office (FCDO) published a discussion paper detailing practical steps for averting, minimising and addressing loss and damage cause by climate change. Colleen Theron, director of Ardea International, shares her views on day eight of the summit.

This analysis was first published on Lexis®PSL on 8 November 2021 and can be found here (subscription required).

A funding package amounting to £290m was announced by the UK to support global efforts to tackle climate change. The funding includes £274m provided for the seven-year Climate Action for a Resilient Asia programme to aid up to 14.4 million people in countries across Asia and the Pacific with planning and investment in climate action, strengthen water security, improve conservation and deliver low carbon development, £15m to support developing countries to lead action in the most pressing areas via the Adaptation Fund, and £1m allocated to the Start Network Start Financing Facility to ensure global humanitarian action will be delivered faster and more effectively. The Adaptation Fund is now totalling US$232m, with further commitments coming from the USA, Canada, Sweden, Finland, Ireland, Germany, Norway, Italy, Qatar, Spain, Switzerland, the UK and the Quebec and Flanders governments.

In light of the announcement, the UK International Champion on Adaptation and Resilience, Anne-Marie Trevelyan, stated: ‘We must act now to stop climate change from pushing more people into poverty. We know that climate impacts disproportionately affect those already most vulnerable.’

The facilitator of the Adaptation Working Group, Emily Bohobo N’Dombaxe Dola, added: ‘It is the socially marginalised and geographically vulnerable across both Northern and Southern societies that already suffer the most due to natural disasters and shifting weather patterns, from working-class and refugee communities, through to people with disabilities, the elderly, women and young girls. Yet, I have encountered countless displays of resilience by these communities and local actors. Now it is time for governments and donors to level up on equitable finance and plans for loss and damage and for adaptation.’

Theron notes: ‘Day eight at the Glasgow summit has focused on loss, adaptation and damages. Attention has turned to what can be done to help countries on the climate frontline as poorer nations have argued that they need to be given the $100bn in annual climate finance that has long been promised. The deputy secretary general of the United Nations, Amina Mohammed, told the summit “The human toll is devastating – lost lives and livelihoods, displacement and migration and young people losing hope in the future. The burden will fall disproportionately on the poor and vulnerable who contributed least to this problem”. President Barack Obama has also spoken today about how vulnerable countries, the small island nations, least developed countries and others are acting as the “canary in the coal mine” for action on the climate.

Today’s discussions highlight the intersection between climate change and human rights. The implications of climate change will be felt first by people in developing countries with mass migration, extreme weather, and losses of land. Against the backdrop of increased mandatory human rights and environmental due diligence obligations for companies across Europe, it is clear that without global support for climate change adaptation measures, efforts to increase accountability for those driving climate change could be undermined by a lack of coordinated financial support.’

Discussion paper on supporting countries to avert, minimise and address the risk of loss and damage from climate change

The FCDO has published a discussion paper on how the UK has supported countries to avert, minimise and address loss and damage caused by climate change in order to enable further dialogue and action, share practical examples, and suggest future steps to tackle climate-related loss and damage. The paper warns that there is currently a lack of consensus on definitions of loss and damage as well as on most appropriate approaches, stressing that action is needed from a range of actors and sources. It highlights that the range of action needed is reflected in Article 8 of the Paris Agreement, which sets out ‘areas of cooperation and facilitation to enhance understanding, action and support’ such as early warning systems, resilience of communities, livelihoods and ecosystems, and comprehensive risk assessment and management. The key lessons from the UK experience detailed in the discussion paper include increasing local action and ownership, investing in anticipatory action, supporting countries to understand and plan for loss and damage in their local context and understanding the risks and limitations of existing measures. With regards to future action, the paper suggests improving access to finance, shifting to long term, locally led programmatic support, integrating climate risk into national, local and business planning, testing new approaches to loss and damage, and working with non-state actors to increase the understanding of implications of loss and damage to help find innovative solutions.

2021 Under2 Coalition Memorandum of Understanding

First Minister, Nicola Sturgeon, has urged the General Assembly of the Under2 Coalition to sign the 2021 Under2 Coalition Memorandum of Understanding in order to commit to achieving net zero by 2050. She stated: ‘Over the coming days, world leaders – and the biggest emitters and potential funders especially – must step up. That is essential. But governments like ours must continue to play our part because, while none of us are at the negotiating table, our influence and our example will be crucial in building the momentum. That’s why we are placing so much value on our coalition’s revised memorandum of understanding…Scotland is determined to play its part in ensuring the long-term strength of this coalition because we recognise its enormous value and its potential to achieve even more.’

Calls from the UK Prime Minister and Scotland’s First Minister

Prime Minister, Boris Johnson, marked the end of the first week of COP26 by calling on everyone to ‘pull together and drive for the line’. He remarked that while ambitious commitments have been made during the first week, ‘we cannot underestimate the task at hand to keep 1.5C alive. Countries must come back to the table this week ready to make the bold compromises and ambitious commitments needed.’

Sturgeon commented: ‘The next five days are critical to countries in the south who need fair financial support now to adapt to and mitigate the impacts of the climate emergency and who need to see clear steps taken to keep the target of capping temperature increases at 1.5 degrees alive… Over the next five days the world will be watching to see if the sense of optimism that has built up through last week can be turned into real action by countries around the world to tackle the climate crisis.’

How can Ardea help

Get in touch for support to help understand the intersections between climate change and human rights . Email hello@ardeainternational.com