Home • Insights • Modern Slavery • A modern slavery bill for the UK – why use the term ‘slavery’? 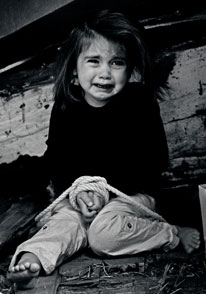 Whilst it is is commendable that the UK Government is considering implementing an Act to increase the transparency of private sector efforts to combat slavery, human traffiking, forced labour and the worst forms of child labour in business and are seeking to consult on the issue, the questions that were raised had scant mention of business and the consultation period has been so short that the opportunity for a proper response to issues on definitions and the types of legislation changes that should be made. Whilst the merit in the initiative will enable consumers and investors to make ethical choices and encourage companies to prioritise the prevention of human rights abuses in their supply chain, the key question is going to be how this is achieved. The first hurdle is one of definition.

The term ‘modern slavery’ is also emotive and there are clear political advantages in adopting such an emotive label. However slavery as a concept is different to human trafficking. Slavery was legal ownership of a person, whereas trafficking covers a myrad of isseus, transport , abuse, denial of rigths and securing an economic and other unfair advantage from the treatment of a trafficked person. The term ‘human trafficking’ is however recognised international law. The Palermo Protocol, Article 3 (a) contains a complete definition of human trafficking that can be summarized as the involuntary movement of persons for exploitation. It seems more logical to implement internationally recognized definitions. Without clear and unambiguous definitions , business is left with uncertainty.

The second hurdle is one of ‘joined up thinking’ (something that has yet to be demonstrated in environmental law issues). New UK regulations on non financial reporting have just come into force, requiring listed companies to include information on human rights (in the form of key performance indicators) in their strategic report. It would seem that any new act should look at what laws dealing with disclosure by companies on their human rights issues are currently in place. In the run up to the consultation there has not appear to have been much discussion on how it would transpose the provisions of the EU Directive 2001/36/ EU on preventing and combatting trafficking in human beings and protecting victims.

The third hurdle is how far business is going to be expected to have to monitor and audit their supply chains. This should be a key factor in determining the scope of the legislation . There appears to be a slant towards a mandatory requirement by business to ensure that their supply chains are free from slavery . But business will tell you it is impossible to have a clean supply chain. At best they can combine due diligence on a risk based approach. At worst they get tripped up for not trying at all.

Then there is the question of policy – the recent launch of the “Good Business and Human Rights Action plan’. How does this fit into the Act. And what about the UN Guiding Principles for Business and Human rights, now the internationally accpeted standard for how business should ensure that they are not involved or complicit in human rights abuses.

All that said, what is clear , is that the heightening awareness of trafficking issues in the media and some hight profile cases, is driving the continued trend towards requiring greater transparency by business. And that can only be a good thing . Arguably those businesses that will continue to put their head in the sand on these issues, will find it hard to ignore as the risk of penalties, fines, directors liability and customer demands will eventually squeeze the profits they have set on securing.

This is out response: https://www.ardeainternational.com/wp-content/uploads/2013/01/human-trafficking.pdf