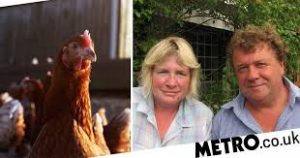 On the 8th of April 2019 the High Court ruled in favour of a group of Lithuanian men working in slave like conditions for a British Company catching chickens at farms across the country. The chickens were caught for businesses such as Noble Foods, a leading egg producer and owner of the Happy Egg brand.[1]

The claimants alleged they were beaten, housed in filthy conditions, deprived of rest and intimidated by a Lithuanian ‘middle-man’.

This case is against the same defendants as the first so called ‘Happy Egg’ Case where in June 2016 the High Court ruled that the company had failed to pay a different group of six Lithuanian workers  the due minimum waste, had made unlawful deductions from wages and failed to provide adequate facilities to wash, rest, eat and drink. The case was settled and compensation and legal fees of £1 million were paid. Read our previous summary blog on this case here.

This judgement followed a four-day trial in February 2019.

The applicants applied for summary judgement against DJ Houghton for various breaches of their implied employment with DJ Houghton arising as a result of unpaid wages , unlawful deduction and fees and lack of holiday and sick pay.

The preliminary trial had to determine whether the director of DJ Houghton Catching Services Ltd and his partner, Jackie Judge are personally liable for the alleged contractual and related statutory breaches of their company.

The workers gave evidence of their appalling conditions at trial. They claim they were trafficked into the UK, having paid a middle man and promised decent work.

The Court upheld the workers summary judgement application against the company and found it liable for serious contractual and statutory breaches. This included the failure to pay applicable minimum wage, the charging of unlawful ‘employment fees’ , the arbitrary withholding of wages and failure to pay holiday pay. The men had no contracts of employment, but the breaches were found to be in breach of the contractual terms under the Agricultural Wages Act 1948 and the related Agricultural Wages Orders.

Although the officers were acting within the scope of their authority (in terms of the articles of association), they were in breach of their duties under the Companies Act and so failed to act in good faith in DJ Houghtons interest. Each knew that his/ her wage practices were illegal.

The Court then considered the degree of knowledge a defendant needs to have in order to be in breach of contract ( see Allen & Overy commentary) . The defendant must have shown to have deliberately disregarded the terms of the contract and to be knowingly, or recklessly indifferent that the contract had been breached.

The Court also ruled that Mr Houghton and MS Judge, the officers of the company,  were personally, jointly and severally  liable to the workers as victims of modern slavery  for the serious contractual and statutory breaches of their company. This is a  landmark decision.

In this case the Court stated that  the nature of the breach of contract is ‘directly relevant to the determination  of whether in a particular case a director has complied with section 172 [of the Company’s Act,] as regards his or her duty to the company and the ultimate question whether inducing the breach is actionable against the defender’

The Court found that the Directors were jointly and severally liable for aggravated damages of 20% on top of the suma owed ( minimum wages, holiday pay and overtime)

This judgement highlights the risk of modern slavery in supply chains,  particularly where agents are employed to arrange for workers. Or in instances where directors run companies in contravention to the law.

It has broader consequences for company officers who may be found personally liable for exploitation of their workers.  Directors have to understand the nature of their obligations under section 172 of the Company’s Act.  The Court held that they ‘actually realised’ what they are doing involved causing a breach of the company’s contractual obligations to towards the claimants and were therefor liable. Directors are exempted from personal liability for contractual breaches of their company if their acts are not themselves a breach of any fiduciary duty other personal legal duties owed to the company.

The court in its judgement also highlighted the impact of their behaviour on the reputation of the company.