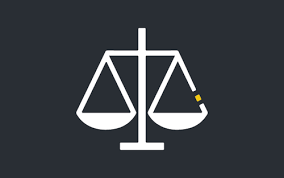 On the 1st of December 2020, the Supreme Court of the United States heard the oral
arguments in relation to the consolidated cases of Nestlé USA, Inc. v. Doe I and Cargill
Inc. v. Doe I. These cases are brought against two major chocolate manufacturers in
relation to allegations of using child slave labour in West Africa. Children were abducted
from their families in Mali and Burkina Faso, then taken to the Ivory Coast and forced to
work in terrible conditions.
In the oral arguments, there were two key questions presented by the parties.

(1) Can the Supreme Court impose liability on domestic corporations under the Alien Tort Statute (ATS) of 1789?

Counsel for the businesses argued that the ATS does not grant jurisdiction over US corporations. In the 2018 case of Jesner v Arab Bank, PLC, a divided Supreme Court held that it could not extend liability to foreign corporations under the ATS without congressional authorisation. However, in Jesner, the question of liability on domestic corporations under the ATS was not resolved, as emphasised by counsel for the victims in Nestlé.

Counsel for the businesses also argued that the ATS only applies to natural persons. However, this argument was viewed as unconvincing by the Justices. For example, Justice Kagan revealed how it would be illogical if a victim could bring a claim against a single slave trader or 10 slave traders, but not 10 slave traders who decide to incorporate. Counsel for the businesses responded to this by arguing that there is no need for corporations to be liable because the victims would have remedies against individual corporate officials.

Counsel for the victims emphasised the motivations of the First Congress when enacting the ATS in order to support the argument that the Supreme Court can impose liability on domestic corporations under the ATS. It was highlighted that the First Congress was motivated by a concern to provide a forum to resolve disputes involving torts committed by US citizens that might lead to foreign complications. From this, counsel for the victims argued that the current case was within the contemplation of the First Congress and so should be allowed to proceed. In response to this argument, the Justices seemed to agree that the First Congress enacted the ATS due to concerns that other countries would be offended if the US failed to remedy violations of international law. Furthermore, Justice Kagan noted that many countries that have strong rule of law systems hold their own corporations civilly liable for breaches of international law.

(2) Can claims of aiding and abetting crimes abroad, when alleged against a domestic corporation, overcome the general presumption against extraterritoriality?

Counsel for the businesses argued that the presumption against extraterritoriality could not be overcome. This was based on how there was no domestic injury, the plaintiffs had never been to the US, and the tort did not occur in the US itself. In the 2013 case of Kiobel v Royal Dutch Petroleum Co, the Supreme Court dismissed claims against Royal Dutch Petroleum on the basis that the alleged conduct, which took place in Nigeria, did not ‘touch and concern’ the US sufficiently to displace the presumption against the extraterritorial application of a US statute. In response to this argument, the Justices questioned whether there are any ATS suits based on conduct that only occurred in the US.

Overall, the Supreme Court seemed reluctant to allow these large cocoa companies to continue to profit from the work of enslaved children without any risk of liability.

A decision from the Supreme Court is expected in June 2021. In the meantime, this case demonstrates the significant and extended litigation that can arise when human rights abuses occur in the supply chain of a business.